We are the biggest distributor in the world. 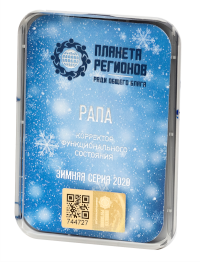 It took us two years to find them, but we did it, and today even your store can have Kolzov plates: a modern bioenergy remedy. All existing Kolzov plates produced by the only company authorized by the Russian scientist are part of our catalogue and are available for wholesale sales. Kolzov plates belong to the category of devices forwards in time, ie they are ahead of what is used today for pursuing health and well-being.

We have used and tested the plates: the results obtained have exceeded the most optimistic expectations and therefore we decided to import them from Russia.

The secret of Kolzov plates

We are in the sphere of vibrational medicine based on the use of specific frequencies to stimulate beneficial effects in the user and in the environment.

Kolzov's challenge was to design a device capable of capturing and maintaining certain vibrational information of power over time in order to be able to emit it around him. The experiment is perfectly successful if we consider that the approximately 100 Kolzov plates contain tens of thousands of vibrations carefully selected by the Kolzov team and distributed by type in order to have specific plates for the most common needs.

How the plates are made and how they work

At the corners of these plates, there are 4 "rectangular" 4-layer boards on which the energy information of each plate is imprinted and whose centre is connected to the magnetized rubber.

In our catalogue we have all series developed by Kolzov: Blue, Lilac, Gold, Green, the Exclusive series and all those of the precious COLLECTION series.

There are dozens of companies in Europe that declares their plates as authentic, but the only original factory founded by Kolzov himself is situated in Russia and is the one from which we buy our Plates.

Our Company, Gruppo Indivisibile srl, is authorized by the Producer PLANET REGIONS as international distributor: